NÜRNBERGER first partnered with SimCorp back in 2002 and from the outset, the company’s goal was to ensure that all of the group’s investment positions were mapped in SimCorp Dimension, providing them with a “single source of truth”. With this goal in mind, NÜRNBERGER greatly expanded the coverage of the group’s investment positions in the system and any transactions in the subledger (e.g. mortgages, policy loans) were mapped as so-called shadow positions.

Since 2006, the special fund managed by INKA KVG had been fully reproduced in the system, and by 2011, the company had full coverage of unit-linked securities via SWIFT. In 2015, the Austrian subsidiary of NÜRNBERGER was also integrated in line with Austrian reporting standards. Today, the company continues to focus on timely and effective mapping of new instruments and positions as it continues to diversify its assets and source back Master KVG funds as direct investments.

Turned reporting into a competitive advantage

Faced with stricter requirements for regulatory reporting, NÜRNBERGER realized that it had outgrown its home-built system and needed to standardize its reporting framework to ensure it could adhere to both local and international reporting standards effectively. In 2017, the company purchased the SimCorp Data Warehouse for all their reporting requirements, including regulatory reporting in accordance with national and international standards as well as internal management reporting. The selection decision was routed in the fact that the Data Warehouse came with an extensive investment meta data model for reporting purposes and that any changes within SimCorp Dimension would also be reflected as reporting templates in the Data Warehouse.

The project began in earnest in 2018 and the first phase of the project was a success. While the process of replacing legacy reports are ongoing, NÜRNBERGER also implemented SimCorp’s Global Sanctions Monitoring solution. This ensures that their portfolios are compliant with economic sanctions and all securities undergo pre-trade and post-trade testing.

The latest chapter in NÜRNBERGER’s journey has seen the add-on of a data visualization module with SimCorp Business Intelligence in a quest for making data more accessible, consumable and well-presented and ultimately, to strengthen their decision-making process by deriving insights faster. The company will begin the migration of their internal and external reporting output to SimCorp Business Intelligence, which will see the import of data models directly from the Data Warehouse. 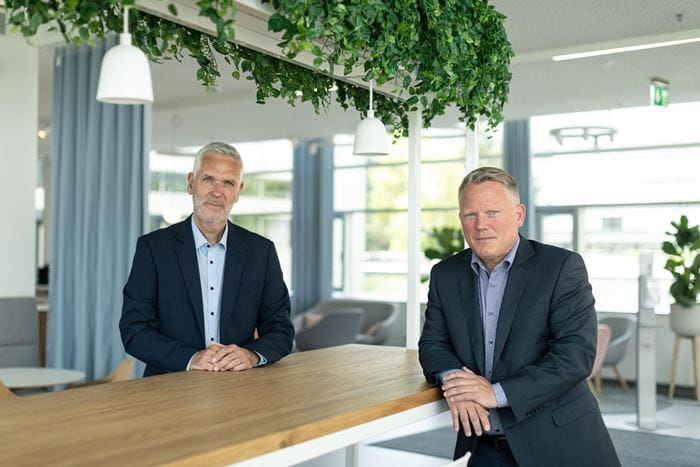 Expanding to the front office

In 2019, NÜRNBERGER also began trade order processing via the Asset and Order Manager modules of SimCorp Dimension, expanding further its use of SimCorp Dimension in the front office. The core objective was to meet increased regulatory requirements under MiFID II as the company set up a new subsidiary, Nürnberger Asset Management, to manage the group’s assets. This meant a complete integration of all pre-trade processes within SimCorp Dimension, including trade documentation, and capturing the full history of trade data for audit purposes. However, the benefits went much beyond regulatory compliance and allowed NÜRNBERGER to increase the efficiency of its investment processes significantly:

An ongoing journey based on a trusted business Partnership

NÜRNBERGER is continuously looking for ways to realize the benefits of an integrated system and has been amongst the front-runners of its peers in seeking new opportunities for strategic growth through technology adoption.

Only those who know where they stand and can assess the risks and opportunities inherent in a portfolio can grow. With SimCorp Dimension, we have steadily expanded these possibilities.

Currently, a project is underway to integrate risk management requirements into its SimCorp Dimension installations by implementing Strategy Manager for stress testing, scenario analyses and investment forecasting. The importance of powerful risk management strategies has been further underscored by the market volatility experienced during the pandemic, and the resulting demands for more frequent and analytically robust forecasts of balance sheets and P&Ls.

NÜRNBERGER Versicherung has been offering its customers protection and security since 1884. It is independent and pursues an autonomous business policy - with success. It is a solid, reliable and powerful partner with outstanding financial strength.

With revenues of almost EUR 4.6 billion and more than 4,600 employees, NÜRNBERGER is one of the largest German primary insurance companies. It offers life and health insurance, property and casualty insurance, as well as pension products.

✕
Client story
Zurich Group Investment Management embarks on Data Journey
Michael Kopf is Chief Finance and Operating Officer in the Investment Management function of Zurich Insurance. In the below video he talks about the collaboration with SimCorp Gain’s enterprise data management solution.
Report
People, processes, and technology in the new operating environment
The coronavirus pandemic has proven to be the ultimate resilience test for financial organizations. Get perspectives from 15 global industry leaders on lessons learned and how to adapt.