Read article and learn about:

Johan Bollen is Founder and CEO of Guidewave Consulting, a predictive analytics company. He has published more than 75 articles on computational social science, social media analytics, infometrics, and digital libraries.

This Q&A article looks at the growth of social media analytics and the possible benefits to the investment management industry.

Hear about the tools that will enable fund managers to include highly individualized analytics about human factors in their strategies and decision-making.

Journal: To start, can you tell us about your interest in social media analytics.

Johan Bollen: I’m fascinated with developing a better understanding of human behavior, emotions, and thoughts by developing algorithms that mimic those capabilities. The advent of social media has created fascinating opportunities to study human behavior on a global scale, with these networks essentially acting like collective intelligent systems shaped by the behavior of hundreds of millions of people.

So I became really fascinated by the situation that billions of people are now linked by social media where they exchange information, opinions, thoughts, feelings, exciting each other and changing each other’s behavior. They're interconnected and their behavior is shaped by online group dynamics. These complex dynamics fascinate me as an engineer, a scientist, and someone with a background in psychology.

A new approach to social science has emerged over the past 10 years, referred to as “computational social science”. Previously, when conducting research, you had to get 20 psychology graduate students in a room and subject them to experimentation. The enormous scale of social media means that many of the experiments have essentially already occurred. You can then collect the results by finding a situation that corresponds to those experimental conditions and analyze the data to find out what happened. We’re now able to conduct social science and psychology not on a scale of 20 or 30 people, but in terms of millions of people.

Journal: You burst onto the scene with a paper you published looking at the correlation between social media sentiment and stock market movement. Tell us about that.

Johan Bollen: Four or five years ago I was working on this method of using large scale social media analytics to predict stock market fluctuations. We originally expected that the correlation would go in the opposite direction in the sense that when the markets plummeted in 2008, it made a lot of people very sad.  I figured that we could use the stock market as a ground truth to validate our social media sentiment data because we thought one would drive the other. Instead, we found that the stock market trails social media sentiment by three days.

Instead, we found that the stock market trails social media sentiment by three days.

The paper generated so much attention from hedge funds, investors, bankers, individual retail investors, brokerages, etc. that I decided to found Guidewave Consulting, licensing the technology developed during our research from the University.

Journal: What is it exactly that Guidewave Consulting offers?

Johan Bollen: We tap into very large-scale social media data feeds like Twitter and subject this data to our proprietary multi-dimensional and predictive analytics. It’s said that markets are driven by fear and greed, so we measure these elements, among others. Our real-time signal is updated every couple of seconds and is available through an online dashboard that allows people to interact with the data, analyze it, overlay it with financial data and see what signals provide the best predictive value. We also have a real-time sentiment gauge that can tell investors whether fear or greed are dominating investor sentiment at any particular point in time.

We also have a real-time sentiment gauge that can tell investors whether fear or greed are dominating investor sentiment at any particular point in time.

Journal: And can you explain if there is and why there is this correlation between the mood of a nation and the stock market?

Johan Bollen: Yeah, that's a tough question. They always say correlation doesn’t imply causation even though I think that's somewhat of a truism. Finding a persistent predictive correlation is meaningful and useful, but you still want to know what causes it. My hunch is, and I think some recent research confirms this, that Twitter is essentially a barometer for what is happening in society. When relevant but unknown information shows up on Twitter and starts to percolate through the twittersphere, this process may take a little bit of time to reach investors. There are half a billion people on Twitter and when that news becomes relevant and investors actually pick up on it and start to act on it, a couple of days may have already passed. So I think the lag time may be due to information diffusion in these very large social networks.

Journal: We talked about that three day lag. You're saying that with social media analytics tools, investors don't need to wait three days or four.

Johan Bollen: Exactly. They get at least a couple days head start over competitors. It allows investors and hedge funds to have an edge on other investors because they get advance warning of developing trends. In some cases it might not exactly be three days. Depending on market conditions, I would say that the crowd may be wise, but they're certainly not clairvoyant. So, for example, when Putin does something unexpected, which nobody would have anticipated, that may affect the world’s financial markets, but social media cannot have anticipated it. There are always going to be cases where unexpected decisions are being made at a very high level and it’s not organically picked up by social media. In these cases, the resulting shifts in sentiment will not be manifested in our data in advance. 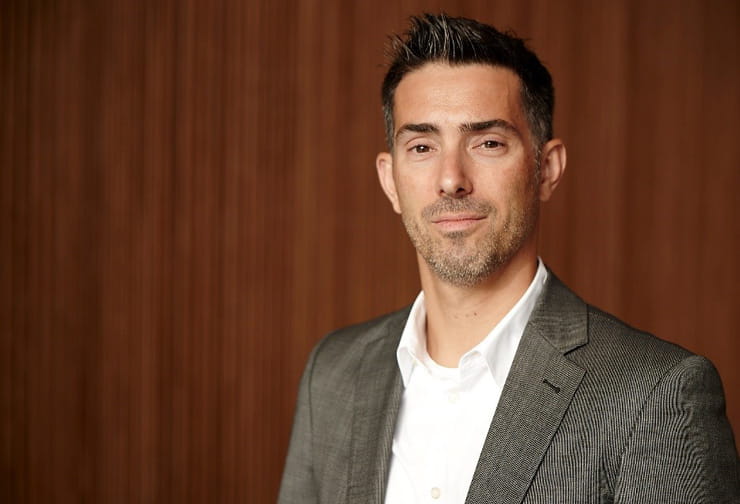 Journal: In your view, is it a key ingredient for all investment management firms to have social media analytics integrated into their decision support systems?

Johan Bollen: Yes, definitely. As more and more investors, hedge funds, and investment corporations start to use this kind of data, those that don’t are going to end up falling behind. Once these data-driven applications take off there will be a snowball effect where firms will be forced to monitor these kind of statistics.

Journal: Does it also mean that it's only the early adapters that get the benefit out of it because then when everyone is doing it, everyone is on the same playing field.

Johan Bollen: That remains to be seen. If you look at quantitative analytics based on financial data, you're using analytics on financial data to predict financial data so clearly there's somewhat of a self-fulfilling prophecy. What we have is a signal that is independent of that, it is based on an independent reality; I think it may not cancel itself out so easily. If something happens in Iraq, it has happened, it will percolate through social media, and it will percolate through the investment community, and it will have an effect on the markets regardless of whether many of them are actually using our analytics or not.

That's my hunch at least, but I can't prove it scientifically yet. Some have also suggested that markets may become more volatile as they become a topic of conversation on social media, creating an interesting feedback loop involving social media analytics for finance. That’s exactly why Guidewave Consulting doesn’t filter only for financial information on social media. We want to discover relevant information that is not already known. We're looking for “hidden” signals that aren't immediately apparent to the investment community.

Some have also suggested that markets may become more volatile as they become a topic of conversation on social media, creating an interesting feedback loop involving social media analytics for finance.

Journal: So your original algorithm that predicted stock market movement with a super high accuracy rate focused on the short term, can it also predict long-term stock movement?

Johan Bollen: Yes, I think it does both actually. The paper that we published in 2011 was clearly focused on seeing whether there was some sort of short-term correlation with our analysis specifically normalizing the data to remove long-term fluctuations. Subsequent analysis actually revealed that when we normalized the data in different ways, you could actually uncover relevant long-term fluctuations. My contention is that this data is useful both in the short term, for day traders for example, but definitely also for people who have a more long-term perspective.

Journal: And finally, what's the future of social media analytics as you see it?

Johan Bollen: I would contend that the most interesting and most significant growth in this data is in egocentric analytics, like the conversations I have on a mobile phone, the photos I post, the text I write, perhaps even physical measurements. This is analytics that is focused on the individual, not just the social aspects. We’re talking about information that is becoming increasingly rich and perhaps richer even than the social data we have now, because it pertains to me individually, it extends well beyond who we are friends with on Facebook.

So my prediction is that while this analysis is now conducted in the aggregate, for entire communities, in the very near future, we will increasingly have the ability to zoom in on single individuals. We will effectively experience a situation where not just my knowledge of other people but also the knowledge about myself will be very detailed, because of the long and public social media history that everyone is collectively building.

This trend from social analytics to egocentric analytics could have an interesting impact on the investment management industry. Robo-advisors will be able to learn much more about clients, rather than just a simple risk profile. Big data applications may be able to crunch the huge amounts of data to find new trends in the market. Fund managers will have tools at their disposal allowing them to include highly individualized analytics about human factors in their strategies and decision-making.