Wolfgang Münchau, Associate Editor of the FT, presented a keynote speech at our recent IUCM 2016 event, addressing the current phenomenon of Trump and, more recently, Brexit.

The question Wofgang Münchau proposes is: “Why did the voters, who don’t normally vote, vote?”

There is a simple answer to this: There is an insurrection happening among the median 50. These median 50 are the mean of the country. Real income over past 13 years has been less than zero for the median voter. To put it mildly, these people were richer 13 years ago than they are today. This is reflected in both the UK and the US.

So they’ve had enough and they want change. One of the many reasons why the Remain campaign was such a disaster is that the pro-EU arguments were no longer believed by the public. The threat of a recession was also not a concern, as they have been in recession for the past 13 years.

There are other “accidents” waiting to happen, announced Münchau. He reminded us that there is political uncertainty across Europe, including Renzi’s referendum in Italy and Le Pen’s run for presidency in France, to name a few. 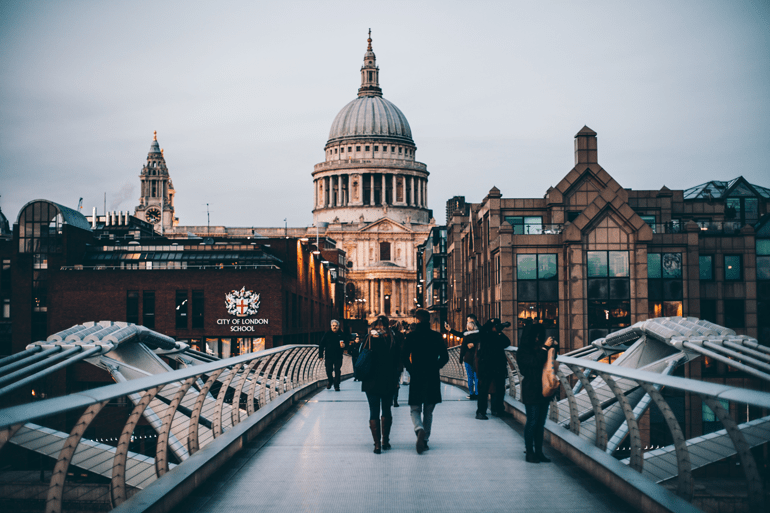 The City is a key financial center and there are intrinsic reasons why it will not be replaced by another financial center somewhere else in Europe. For instance, the city of Frankfurt does not have enough office space for a single British bank. Frankfurt has less inhabitants than that of the City’s employees and they cannot scale that quickly.

Münchau also stated that, “Even if you add Frankfurt, Paris and Dublin together it’s still not enough – and yes, in the meantime the British banks will need to establish some subsidiaries when they are outside the EU, as they cannot serve the public from Britain so they will have to turn a branch in the EU into a subsidiary and that subsidiary would have to be regulated by Germany, for instance, and that is okay and really not that big a deal.”

He added, “There will be investment in the European cities, and the City of London will have enough to do – there is nothing stopping them from trading any European security and conducting any form of financial business that is not subject to single passport requirements. Jobs will be lost over the long run, but there will be a gain of jobs as the City of London finds new things to do, as I am sure they will.”

Münchau is more worried about continental Europe, Italy being an example. He stated, “Italy is fragile, it has a fragile banking system, and any financial shock will damage it. There is no immediate solution for Italy.”

Italy has not had economic growth for 16 years, yet Germany has had consistent growth of between 7%-9%, and other countries are also not growing, so there are fairly significant imbalances in the EU.

Despite the current state of the political landscape, Münchau remains mildly optimistic and believes that Brexit offers an opportunity to fix the current imbalances within the EU and Eurozone. He believes that our system will survive under the proviso that we can make those median 50 better off and that will require restricting the EU and the way we manage our organization.

The parallels between a recent car purchase and how asset managers approach their technology purchasing decisions.