In this blog post we give you a sneak-peak into the report that delves into post-crisis reality and your options for understanding and tackling your exposure.

Picture this situation: Unexpectedly, a commercial airplane is shot down somewhere in Eastern Europe and an Investment Director is asked, “What is our exposure to that country and those surrounding it?” The data manager says he can probably provide an answer, based on a report run on the company’s existing data warehouse. He says it contains settled and reconciled data from the previous day.

After a discussion on what exposure to a country means - country of risk, country of origin, fund look-through and so forth, the Investment Director was unimpressed.

"If I have a report based on reconciled data from yesterday, does that mean that non-settled positions are in it?" 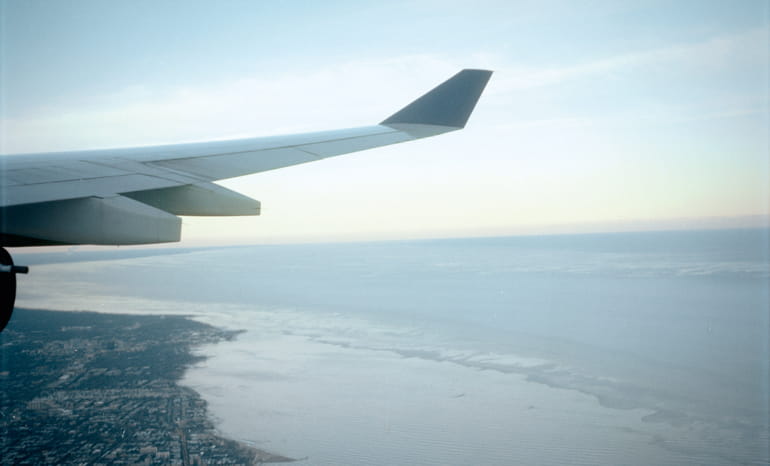 So, the Investment Director, smart as she is, concludes that the exposure report she can receive, is actually based on data that might be four days old, as trades might take up to three days to settle. Discontented, she keeps asking for more recent data. Together, they establish that it is available, but only through combining reconciled and settled positions amended by any outstanding settlements from the back office with amended outstanding trades from the front office.

In the end, it took three full days to gather the exposure information. The team then used the experience to kick off an internal discussion on how they could speed up the process in the future.

This story was fiction. However, it’s not too hard to imagine a comparable situation happening in the near future. Would your firm be able to calculate and report on exposure in under three days?

The gap between expectations and reality

A few years ago SimCorp conducted a survey of senior decision makers in the asset management industry.

The survey results, published in “Legacy Systems; The Elephant In the Room” found that only a quarter of respondents were confident that their front office IT systems could automatically integrate data from external sources and that 48% spent more than 15% of resources on manual processes in the front office.

The number was surprising, so we dug deeper. Recently, we conducted a poll about reporting exposure.

While the sample size was small, the statements provided a strong indication of industry sentiment. All respondents expected a significant market shifting event to occur in the next 12 months*. And if an event occurred, a third of respondents stated that accurate exposure reports would be expected within an hour.

However, when asked about the reality of meeting this timeframe, none of the respondents thought that reports could be delivered within the hour, citing that they could probably deliver reports between three hours and one full day.

Even more disturbing is that none of the respondents believed reports created in this time frame would be correct, rating accuracy at three or below in a scale of 1-5.

How to close the gap

The picture doesn’t need to be so bleak. The truth is that most institutions can avoid a lot of the delay by creating and using an Investment Book of Record (IBOR). If you have already invested in a proper, integrated IBOR you have taken a major step forward. A real-time IBOR is the goal for many institutions in the investment management sector. An IBOR is so critical to calculating exposure because it clearly indicates trades that are:

Positions and trades in a real-time IBOR help risk and investment managers understand their exposure and positions as they are. By making sure the various stages from trade to position are identifiable, risk managers can choose what they want to include. Also by making sure the IBOR is updated the moment something changes in either the front office or back office, they can make the right decisions when they want to make them.

If exposure calculation is a concern and you have not yet invested in an IBOR, ease of implementation and the benefits of doing so will vary according to your infrastructure set-up.

Different ways to gain an IBOR

There are several potential solutions which can be assessed for your situation.

A best of breed architecture typically mixes front office solutions, middle office and accounting functionality and a performance and risk management solution from different vendors. This is a setup that is often seen with multi asset managers, especially those who either have legacy systems that might be hard to migrate from or require very specific capabilities from their front office tooling.

With this architecture, the exposure information can be gathered, but to do so requires robust messaging systems and inter-system reconciliation to state with any confidence that the information is correct. Even though, most would be working with positions that have been refreshed overnight.

A truly integrated system, i.e. a system that is built as a sole platform and not plugged together provides all the functionality required and does so using the same data across the platform, meaning reconciliation and messaging between systems is not required.

Using such an architecture brings you as close as possible to “live” data and pricing, quicker as it is to record and display information.

While a fully-integrated solution might be the goal that you’re moving toward, it’s likely that currently, there are “add-ons” to a core platform, in a landscape that has been built to deliver elements that the core system cannot.

With this architecture, like the others, exposure can be calculated and reported, but again, like best of breed, it is created operationally, and therefore increases cost and risk.

Using an integrated investment solution and using not only middle and back office functionality, but also the front office modules would have made answering the question even easier. Reporting on real time position and trade status for data that is already in the system is something an investment or risk manager can do themselves without engaging data managers, financial control, risk management or compliance and so forth.

Most of these solutions bring the same benefits, but where more than one system is used, they incur a significantly higher level of complexity, associated maintenance and cost. Furthermore, often when a best of breed solution is chosen, much of the functionality being paid for is not eventually required as organizations are increasingly driven by standardization and efficiency.

* This survey was conducted in June 2016

A market shifting event can happen at any time. How quickly can your organization extract exposure information? More importantly, can you trust the information to make critical business decisions?

get your copy
✕

✕
Blog post
Front office functionality: “It’s a small world after all”
Reflections from SimCorp’s front office functionality webinar with Storebrand Asset Management
Marlena Fitts, Global Front Office Product Marketing, SimCorp
December 11 , 2017
Blog post
Assessing the impact of MiFID II in the North American market
A closer look at the top three challenges posed by MiFID II on North American asset managers
Gernot Schmidt, Product Manager of MiFID II at SimCorp
December 4 , 2017
Blog post
So you know you need a Data Warehouse. Now what? Build or buy?
The majority of investment managers understand the need for a data warehouse solution, but the decision of building it themselves versus buying it from their investment management solution provider is a little more hazy. It doesn’t have to be.
Michael Sinnet, Product Manager, Data Warehouse, SimCorp
November 29 , 2017