Connect with Carl on LinkedIn 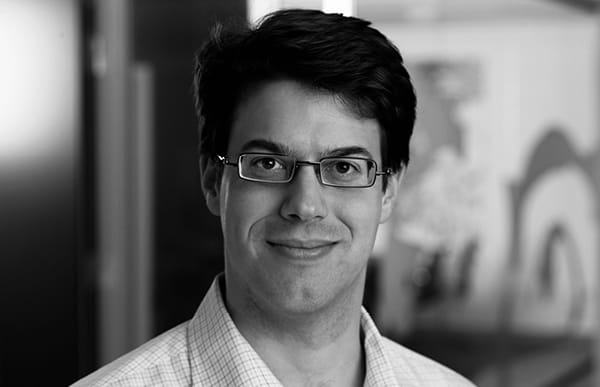 Connect with Gernot on LinkedIn

Upcoming fundamental changes to reference rates will affect all areas of the financial industry. Particularly buy-side firms have a broad exposure to reference rates and will be facing many operational complexities and challenges when implementing the changes. Despite regulators not enforcing implementation of the changes until the end of 2021, it’s critical that firms start working on the operational challenges now to make it in time for the deadline.

When will changes to the reference rates become effective?

With over three hundred trillion US dollars1 in bonds, derivatives, securitizations and deposits referenced to Interbank Offered Rates (IBORs), the global transition to alternative benchmark rates (ARRs) is one of the most challenging reforms to be undertaken in the next two years.

While different regulatory regimes in the individual markets mean that the actual transition plans and provisions differ for each IBOR (Interbank Offering Rates), the regulatory bodies for major markets agree that IBORs should no longer be used as reference rates by the end of 2021.

Furthermore, under the EU Benchmark regulation (BMR), the current EURIBOR and EONIA will no longer be valid reference rates after January 2020. However, to accommodate the complexity of required changes, the applicability of BMR to reference rates will be postponed by two years to January 2022. At the same time, the methodology behind EURIBOR will be changed to make it compliant with the BMR.

In summary, it is expected that EONIA and IBORs will no longer be valid reference rates after January 2022. On the other hand, EURIBOR is expected to continue to be valid after that date, but usage might be declining, since €STR will be established as the new preferred rate.

Organizational challenges and impact on the operational platform

The changes to reference rates will affect investment managers across a wide range of departments: portfolio management, risk management, performance and risk reporting, data management, operations, legal, and accounting. Each department will be facing its own challenges, but the common denominator is the need to identify where IBORs are used and to define concrete procedures for the transition from IBORs to ARRs.

The changes to business functions described above are accompanied by changes to the operational platform. The new market data, e.g. the ARRs, and instruments need to be implemented and integrated in the platform, and the valuation framework needs to be aligned with the nature of the ARRs. With these key elements in place, the business workflows and methodologies of e.g. Risk and Portfolio management then need to be adjusted to conform with the new contracts and practices.

All securities and derivatives that currently refer to an IBOR reference rate will be replaced in the market place by similar products that refer to ARRs. Floating rate notes referring to SOFR have already been issued and futures on SOFR as well as SONIA have been launched on exchanges.
✕
Sign up

The term rates that are required in these instruments are typically constructed by a compounding of the relevant ARR, which suggests that fixing-in-arrears will be more common. By July 2019, all swap types in SimCorp Dimension will support the anticipated market standard.

Not all currently existing instruments have a straight-forward counterpart based on a compounded ARR. For example, some non-trivial adaptation is needed for forward rate agreements (FRAs) if they are to refer to a compounded ARR.

Special attention should be given to IBOR contracts with long-dated maturities. It is yet unclear how bonds will be treated, while there is some guidance for OTC contracts. During 2019, ISDA will issue their final guidance for IBOR contract migration. The OTC contracts can be migrated into ARR by addition of a migration spread with the purpose of minimizing the value impact. The migration spread is to be published daily by an independent organization. It is planned that from October 2019 SimCorp Dimension will support the ISDA recommended migration.

Introduction of ARRs fits well into the general structure of a modern valuation framework which manages a set of interrelated yield curves that span currencies, tenors, as well as collateral characteristics or credit quality. Existing yield curve types can represent term structures for ARRs as well as the term rates built from ARRs.

The individual yield curve constructors, such as e.g. swaps, deposits, and futures, will need to be adapted so that they include the emerging market standards. As a specific example, it is expected that swaps with fixing-in-arrears will emerge as the most liquid swaps in many currencies. SimCorp Dimension will support the anticipated changes by end of 2019. Going forward, we will monitor the market closely to ensure that yield curves for ARR and ARR term rates can be built from the most liquid instruments.

As follows from the changes described above, many challenges are facing investment managers across market. However, with timely preparation, firms can set their organizations and operational platforms up for a successful transition.

At SimCorp’s international user community meeting in Amsterdam in September 2019, we will host a session about the IBOR reform and give our clients more in-depth insight into the changes and how to prepare for the challenges.